It is with great pleasure that the Board has offered, and Dave Kiley has accepted the opportunity to lead the Hall of Fame Committee. Dave Kiley was inducted into The Hall as a result of an illustrious playing career, highlighted by NWBA Championships, Team USA Gold Medals and being the epitome of a floor general on the court. Since the day he hung up his signature chair, the Dave Kiley All Court, Kiley has remained involved at a local, international, and administrative level within the NWBA.

“The NWBA Board and National Office could not be more grateful and appreciative of Dave’s willingness to step up, once again, on behalf of the organization,” said Tim Fox, NWBA President. “Dave’s career as a competitor and as a contributor set the bar for what being a Hall of Famer means, and we are excited for him to get us back on track in honoring our most significant contributors and better telling their stories.”

Kiley describes his relationship with the game as a love affair. That relationship started as a young boy who would ply his craft when nobody was watching. After sustaining a spinal cord injury in 1974, it would be NWBA Hall of Famer and an all-time great, Ed Owen who introduced him to the sport, and invested the time to instill the fundamentals of the game in him. Eventually Dave would take up the offer to give the game a try and wheelchair basketball is better for it.

Another Hall of Famer who Kiley would form a special bond with early in his playing career is Frank Tiberius Burns, former Chair of the NWBA Hall of Fame Committee and life-long contributor. Together, they and other members of the Casa Colina Condors would wreak havoc against competitors coast to coast, cementing that program as a dynasty of that era as they earned 8 National Championships. Burns had a passion for the sport and was an evangelist for it, and the athletes who shaped the game.

“I’m excited to take on this role and carry Frank’s vision and legacy forward,” Kiley said. “We have a great opportunity to educate the public and the next generation of athletes about our sport, those who have come before them and the social activism that created the opportunities for them. I look forward to announcing specific initiatives that the Committee and I align on.”

Beyond his many years growing the game in formal roles with the NWBA, including President and Commissioner, Kiley has used his full court vision to create adjacent opportunities to grow and support the game. The DK3 3x3 competition is a 20-years-young initiative that has brought international talent to different cities in the US for people to experience an exciting format of the game. Unphased by Covid-19, that includes an all-Veterans format he hosted on the black-tops of the iconic courts of Venice Beach, CA. He is just launching Season 2 of the Wheelprint Podcast, in which he highlights some of the most remarkable stories found within the sport.

Fox added, “Dave has the perfect blend of historical perspective, leadership and an ability to see plays before they develop, such as what he has been doing in the digital space. We are excited for him to engage with the Hall of Fame Committee and collaborate with NWBA Leadership to highlight our greats.” 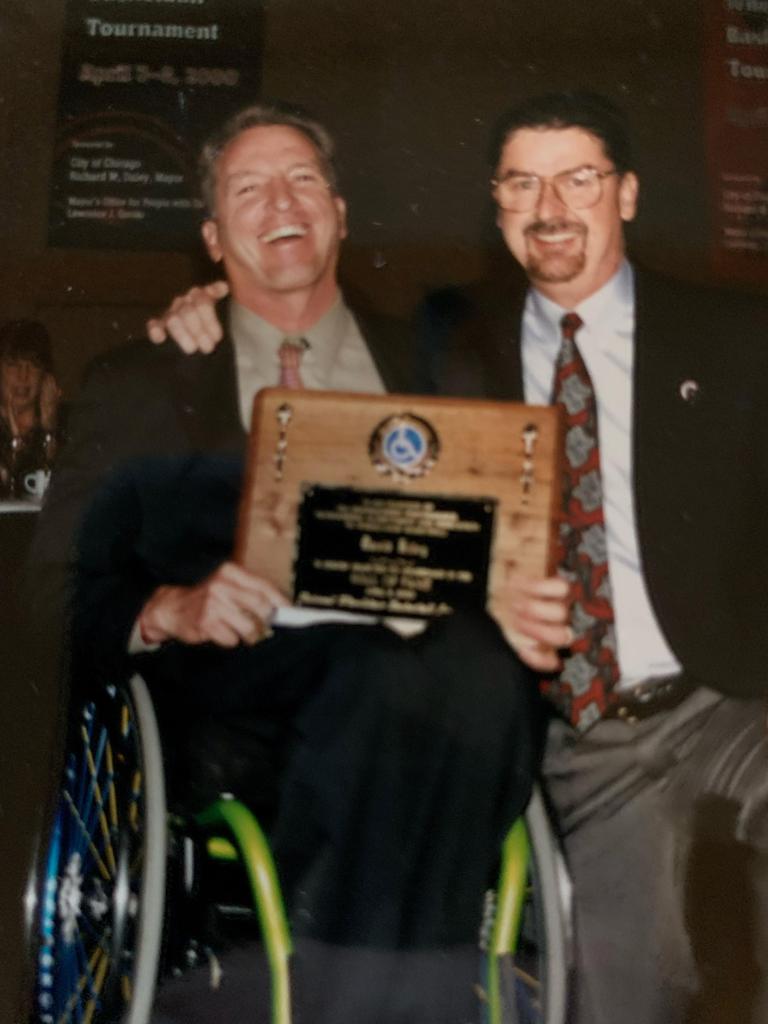