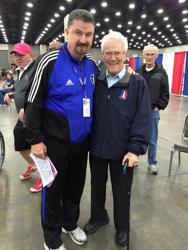 1976-1981, Frank attended the University of Kentucky where he earned a Master’s Degree in Therapeutic Recreation. He also worked in the Office of the Commissioner of the NWBA with Hall of Famer Dr. Stan Labanowich who would serve as a lifetime mentor. At Kentucky he developed the nation’s 5th intercollegiate wheelchair basketball program (University of Kentucky Wheel Kats) as well as the nation’s 8th women’s wheelchair and basketball team (the Lady Kats). Frank served as the director of the 1978 NWWBT. During this period, he was recruited to Casa Colina Rehabilitation Hospital in Pomona, CA. to develop the wheelchair sports program. Frank developed the 8-time NWBA champion Casa Colina Condors. He also coached and developed the Casa Colina Unicorns, the nation’s 12th women’s wheelchair basketball team.

1981-1984, Frank returned to his alma mater in Whitewater as the Director of Sports, Adapted Physical Education, and Recreation. He coached the Warhawks to the University’s first national championship. In 1984 Frank conceived and implemented he first NWBA Camp, arguably one of the NWBA’s greatest achievements given the camps influence on developing players. He would serve on the coaching staff for the next 20 years. The NWBA Camp is still held annually.

1985-1997, Frank was recruited to Birmingham, Alabama in 1985 with the monumental task of developing the Lakeshore Foundation in support of Lakeshore’s wheelchair sport programs. During his tenure at Lakeshore, he developed Division I, Division II, Division III and Youth- Division wheelchair basketball programs as well as the Super Sports Program for Disabled Youth. The Super Sports Program received a three-year $250,000 federal grant and developed into a state wide disabled youth sport training program and coaches education program. While at Lakeshore, Frank served as the Director of the 1997 NWBT which today is the benchmark for all succeeding NWBT’s. The 49th NWBT was the only national tournament to be professionally produced and nationally broadcast at 5 different times, including two broadcasts during prime time. Frank’s greatest contribution to the Paralympics sports movement was the conception and construction of the 22-million dollar National Paralympic Training Center that serves as the world’s finest facility designed for the development of wheelchair basketball and other disability sports.

1999, While serving as Athletic director at North Country Community College in Lake Placid, NY, Frank, along with Illinois Coach Mike Frogley, developed and held the Gold Medal Wheelchair Basketball Academy, an intensive wheelchair basketball development program for both players and coaches aspiring to play for their respective countries in international competition.

2000-2002, In 2000 Frank returned to Chicago to develop the office of the newly appointed Executive Director . As the Executive Director, Frank raised over $400,000 dollars in grants, donations and gifts in kind. During his short 2- year tenure as the NWBA’s Executive Director, Frank developed the NWBAs coupon book campaign that has raised over 3 million dollars for the NWBA. Throughout his career, Frank was committed to program development, player development, and coaches education. He performed wheelchair basketball clinics in 17 different states and 5 countries including Japan, Korea, Bahrain, Canada, and Mexico. 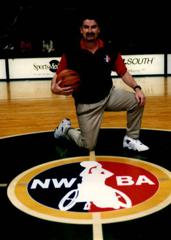 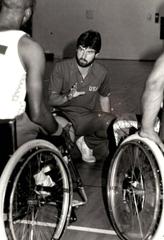 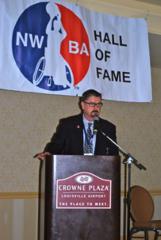