Paralympic hopeful Aaron Gouge is one of the four current members of the U.S. men’s team vying for a spot on their first Paralympic team.  He has already made significant contributions to the U.S. team as he was a member on the silver medal winning team at the 2014 IWBF World Championships and played an important role in securing a gold medal at the Parapan Am games in Toronto in the summer of 2015, where Team USA qualified for the 2016 Paralympic Games.

Personal Background – Aaron’s parents are Roger and Nancy Gouge. He has an older sister, Amber.

Hobbies – Hanging out with friends, watching movies and sports, and traveling.

Q&A with Aaron:
NWBA: Who is your hero?
Aaron: My parents. When I was in Juniors they used to drive me all over the country for tournaments, they would drive me 3 hours away to practice, whatever I needed. I wouldn’t be where I am today without them.

NWBA: When did you start playing Wheelchair Basketball?
Aaron: I started when I was 11 with a local team in Raleigh just for fun. After a couple years when I started to get more competitive with basketball I started playing for the Charlotte Hornets.

NWBA: Did you play any other sports growing up?  Did you receive any awards from other sports?
Aaron: I used to do track and field and weightlifting in Juniors.  I broke a couple of Junior weightlifting records.

NWBA: Do you or have you ever played on an overseas professional wheelchair basketball team?
Aaron: I played in France for two years during the 2011-2012 and 2012-2013 seasons with the team, Hyeres.

NWBA: What is your profession?
Aaron: I work hands on in the warehouse doing final assembly for Per4Max.

NWBA: What is your favorite basketball moment?
Aaron: My first championship with UTA in 2006. We were playing against Wisconsin Whitewater and the game was tied with under 10 seconds.  We were in-bounding on the far base line, Mikey Paye passed the ball up to David Gonzalez, who made a turnaround shot at the buzzer!  My family was there, and we had a lot of friends and family of the other guys as well. Everyone rushed the court.  It was an awesome experience, and it was my first championship so that made it even better.

NWBA: Why do you play wheelchair basketball?
Aaron: I’ve always been super competitive.  It’s just nothing like being able to compete at the highest level against the best competition and come out on top.

NWBA: What are your thoughts on the Parapan Am games this past summer in Toronto?
Aaron: The team was amazing, all 12 guys made an impact.  We all had really good chemistry together. Everyone was excited to see their teammates succeed and play well. It was great to be a part of a team that cares more about the team success then anything else

NWBA: What are your long term goals?
Aaron: Win a gold medal in Rio.  After Rio, I’ll probably move away from the USA team.  I would love to get into coaching. 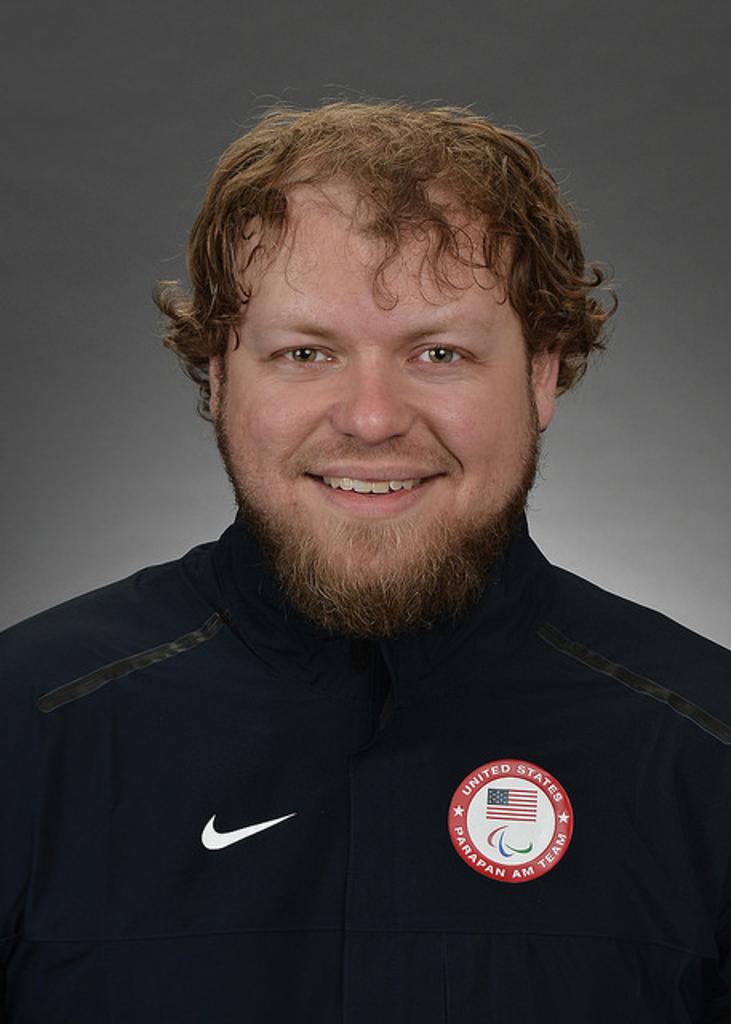