Jeremy Lade is a 2012 London Paralympic bronze medalist who first joined the U.S. Men’s National Team in 2002, and has two other Paralympic Games appearances in Beijing and Athens. Since undergoing and recovering from rotator cuff surgery, he has been focused on training hard to make the final roster of athletes heading to Rio to represent the U.S. in September.  Aside from helping lead Team USA to a bronze medal in London he was instrumental in helping bring home a silver at the IWBF World Championships in 2006 and a gold in 2002.  Jeremy is also actively speaks to audiences about  public attitudes and perception about disabilities.

Personal background:
Jeremy’s parents are Dave and Mary Lade.  He has a brother, Jason, and is married to Melissa.

Q&A with Jeremy:
NWBA: Who is your hero and why?
Jeremy:  My dad is my hero.  I thank him for the person I have become.  My mom is included in this.  She helped me learn to be responsible for myself, to pay bills etc.  My wife is willing to support me while I am gone.  She is 100 percent my biggest supporter and my accomplishments are as much a representation of her as they are of me.

NWBA: When did you start playing wheelchair basketball?
Jeremy:  I was introduced to adaptive sports through a summer camp at the University of Wisconsin-Whitewater (UWW) at the age of 12. From then on my mom, dad and brother would drive with me to camps and tournaments.  I enjoy all sports but with wheelchair basketball I have always been all in. I always bled purple and wanted to be a Warhawk.

NWBA: How long ago did you have your surgery?
Jeremy: I had rotator cuff surgery a little over a year ago and have had to recover from that.  Your body takes a beating.  I didn't always know to what level I would be able to come back to but I truly enjoy the sport and that’s why I still play. You have to have perseverance. As athletes we are faced with challenges and we become the people we are based on how we overcome setbacks and challenges.  Every experience I have had has led me to where I am today.

NWBA: Can you speak about what you learned from your previous Paralympic performances?
Jeremy: My goals were always to wear red, white and blue USA across my chest.  In my first two Paralympics in 2004 and 2008 we fell short. You realize the challenge it takes to be successful. You are playing with the world at a very high level. In London we won the bronze.  It wasn't about being disappointed about not winning the gold but realizing there is room to improve and realizing just how difficult it is to be up there.  You get that close to the gold and your end goal remains getting the gold.

NWBA: Do you play any other sports?  Did you receive any awards from other sports?
Jeremy: I am sports guy.  I have played softball, football, road racing, hand cycling and I love motor sports.

NWBA: What is your profession?
Jeremy: Director of Wheelchair Athletics and Men’s Head coach, wheelchair basketball at the University of Wisconsin, Whitewater.

NWBA: What has it been like to be a member of the U.S. Men’s national team?
Jeremy: There are rivalries as you would imagine when you have athletes all trying to get to the elite level but there is also a great respect for the amount of work it takes for this sport.  It’s an honor and privilege to get on a court and work together going for same goal. It does become a family.  I have made many close friendships and my wife and I have taken many vacations to visit some of the other guys.

NWBA: Do you have any pre-game rituals or superstitions?
Jeremy: Early on in my career I was more superstitious.  I ate the same thing.  I wore my “good socks.”  Later on things changed.  I realized luck is for the ill prepared. It’s not about superstition. You have to put a lot of work into the game to have repeated success.

NWBA: What is your favorite basketball moment?
Jeremy:  When we won the World Championships in Japan in 2002.   It was the first team I made after being cut.  We came away with gold.  It was my first go-around and I was fortunate.  Winning a medal at the Paralympics in London was amazing too especially because my family was there to see it.

NWBA: Who are some people that made a difference in your professional development as a wheelchair basketball player?
Jeremy: There are a few. Dave Kiley was the veteran guy on the U.S. team when I first joined.  He showed me what it took to play at that level and be successful.  Paul Schulte is one of my best friends. We played side by side for many years and has always challenged me.  Tracy Chynoweth was the Coach at University of Wisconsin-Whitewater. We were both fairly young students of the game and together we worked hard in developing and putting a good system in place.  Win or nothing else.

NWBA: What is a piece of advice you impart as a coach?
Jeremy: Basketball can’t be the only thing you are good at.  You have to have a good balance in life. You have to be a good friend, student, son, etc.  If all of that is in place then in doing all these things the correct way you will be successful.

NWBA:  You do a lot of work in the areas of disability awareness.  What is an important message you like to deliver about perceptions about athletes with disablilities?:
Jeremy: I tell my athletes that if anyone wants to do a sports story about them that they need to talk about the amount of effort they put forth to be an elite athlete and not about their disability.  The emphasis should be on the way you play the sport. Talking about the disability and then making sports a secondary part of the story is not the goal.  People with disabilities are not trying to be an inspiration.  Creating prominence for the sport and the effort and dedication is the story.

NWBA: Do you follow any sports?  If so, which are your favorite teams?
Jeremy: Green Bay Packers, Milwaukee Bucks, Milwaukee Brewers. All the Wisconsin teams.

NWBA: Do you have any pets?
Jeremy: I have a dog named Chopper.

NWBA:  What are your short term goals?
Jeremy: Make the Rio team and winning gold.

NWBA: What are your long term goals?
Jeremy: I want to help carry on the sport of wheelchair basketball through coaching and development.  University of Wisconsin-Whitewater has done so much for me. I want to do what I can to help athletes get their degrees and be successful on the court.  I see my success through their success.  Down the road I would like to be an ambassador for the sport and help train the next generation of Paralympians. 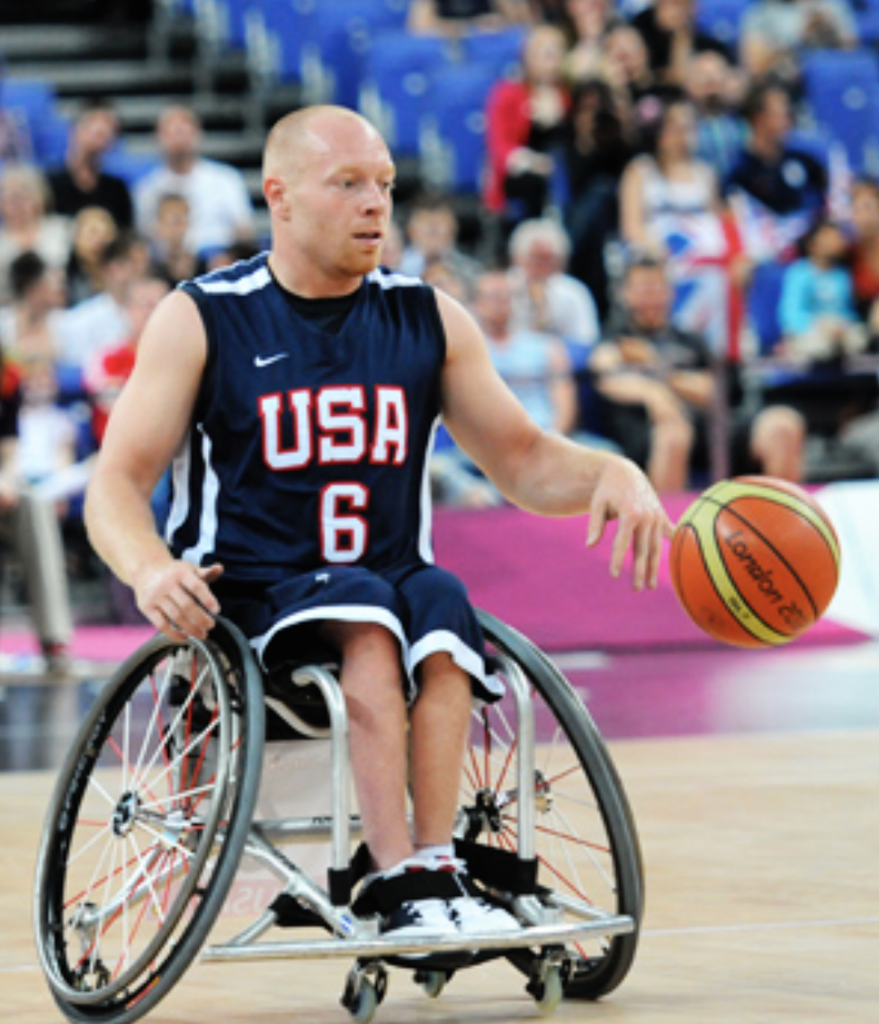