John Gilbert is a member of the U.S. men’s wheelchair basketball team that took home the gold at the 2015 Parapan Am Games in Toronto, Canada, and he also helped the team place second at the IWBF World Championships in Incheon, South Korea in 2014.  John is training hard to make the final cut and head to Rio to compete in his first Paralympics.

Personal background: Robin Gilbert is John’s mother. He has two sisters, Mary and Joy. He is married to Whitney.

NWBA: Who is your hero and why?
John: Scott Zessin–he served as a role model for me when I first got hurt.  He played on the same team as I did in Nebraska and had a similar injury. We are both class 1.0. He offered advice all the time and was a great person. He currently plays for the Madonna team in Lincoln, Neb.

NWBA: When did you start playing wheelchair basketball?
John: In 1997.  I went to a tournament where my future team was playing in Kansas City.  A player flipped over in his chair, hit the bleachers and had to get stitches.  My mom saw that and at first didn't want me to play. Then she came around and became a huge role model for me.

NWBA: How did your mom become a role model for you?
John:  I slowly progressed with her help. I was 9 years old and scrawny. I would do layups and miss free throws.  I was getting discouraged. One day my mom and I were in a gym in Fairfax and I was getting frustrated. My mom shot a free throw from the three point line and drained it.  I believed it was an act of God.  She threw the ball while sitting on the floor.  Then she said, “if I can make it so can you.”  That was a turning point for me.

NWBA: Was there another turning point you faced as you progressed in your basketball career?
John: Another turning point came in college.  There were five of us.  We were really not good. There was raw talent but we needed to be shaped and molded.  The program was very new.  Of the five of us one left and we were faced with not having enough teammates. One day we were in the parking garage and saw someone getting into a wheelchair.  We approached him and asked him if he would be interested in trying wheelchair basketball.  He was very athletic and had played football.  He had been injured and was going through a rough time adjusting to his new reality.  We helped each other. Years later he ended up in my wedding party.

NWBA: What is your profession?
John: I am a High School Chemistry and Physics Teacher

NWBA: What is it like being a High school teacher who competes in wheelchair basketball at the elite level?
John: It is definitely a struggle to find time to do each thing but I get in as much as I can on the weekend. The kids make it pretty easy.  The students in my school are really fantastic.  We don’t have many disciplinary issues.  They didn't know much about wheelchair basketball.  They didn't know what to expect. They thought you played using a day chair.  We did some demonstrations and now the students are among my biggest supporters, they even help me train. Many of my co-workers and students come to watch games I play.  The town I live in is also very sports driven.  There is a lot of respect for basketball. The team has won multiple state competitions and been name State champs twice.

NWBA: Why do you play wheelchair basketball?
John: To help the U.S. be the best in the world.  It is also a lot of fun.

NWBA: What is your favorite basketball moment?
John: When I was at a Whitewater tournament and we had to win a game to qualify for nationals.  We were down by two with two seconds left in the game and the ball was on the opposite baseline. My big man threw the ball and it went sailing past me. I caught up to it with one wheel on the three-point line and my front casters near the other baseline. I threw up a prayer and drained it.  We went to overtime and we actually played three overtimes. We finally won in the third overtime.

NWBA: Can you tell us about how your family has supported your career?
John: I wan to thank all the people who have helped me a lot.  My mom is still supporting me even though she passed away a few years ago.  She provides motivation.  I hear her voice , “We didn't get up at 5:30 a.m., all those times for you to be lazy.  Get up and get out.”  It pushes me to get up and go do what I have to do when I may not feel like it.  My grandparents were always supportive. My sister Mary sacrificed for my career. When she was younger she would go to all my practices and tournaments and never complained.  My wife Whitney handles a whole lot when I am gone.  She works and takes care of our foster kids.  We have between 3-4 children living with us at different times.

NWBA: Do you follow any sports? If so, which are your favorite teams?
John: Professional Baseball –The 2015 World Series Champion Kansas City Royals
Football – Kansas City Chiefs
Basketball – OKC Thunder
College – Everything University of Missouri

NWBA: Do you have any pets?
John: 1 dog named Bo and 2 cats named Oreo and Angel

NWBA: What is your short term goal?
John: To continue teaching and help young adults prepare for
life.

NWBA: What are your long term goals?
John: To become a superintendent of a school district.

NWBA: Do you have any social media accounts that fans can follow you on? If so, please include handles.
John: Facebook is my main one. 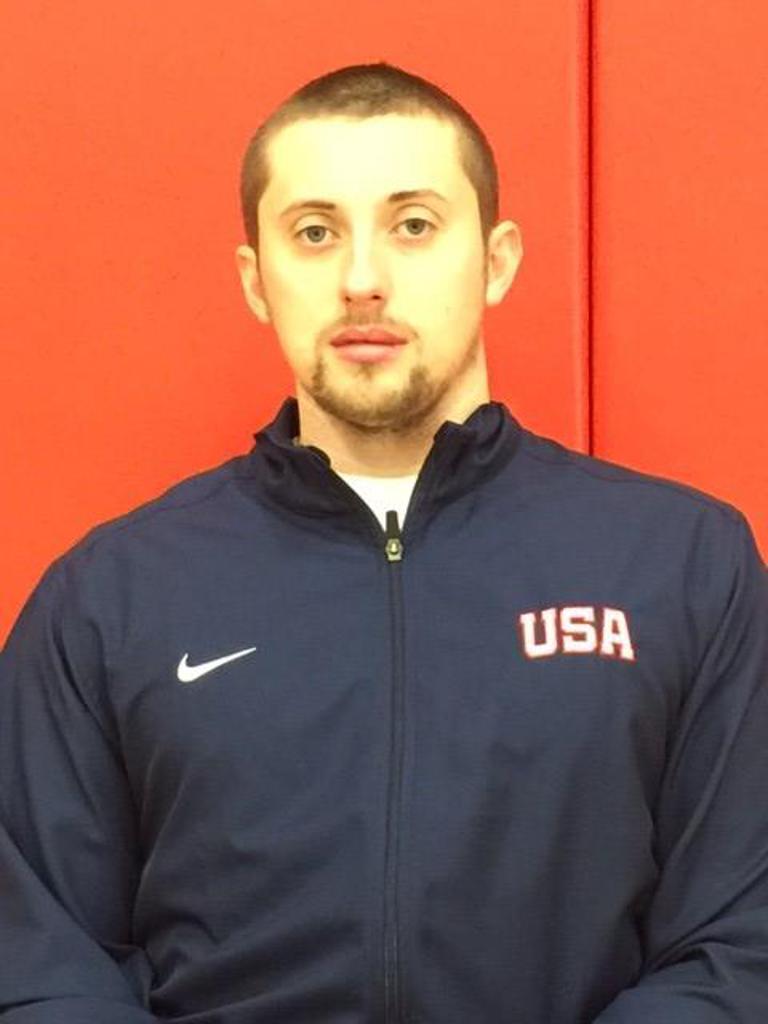