It's A Family Thing For Gail Gaeng

Gail Gaeng could have been anything she wanted, as long as it involved a ball and someone keeps score. Coming from a family of six athletic siblings and equally as athletic parents and being the baby of this basketball team sized family being an athlete really wasn’t a choice she had to make. Gaeng attempted her fate at soccer, softball, lacrosse, tennis, track and eventually able bodied basketball that eventually led to the awareness of wheelchair basketball. She was invited to try out for a team in Baltimore, Maryland, close to her home of Fredrick, Maryland, and once she made the team her athletic fate was sealed.

“My family is super athletic and my parents encouraged me to try anything you can imagine; it was kind of do or die when it came to athletics. Some sports probably weren’t the best thing cut out for me but they’ve always been supportive in everything I did,” said Gaeng.

In high school, Gaeng played wheelchair basketball along with being a lacrosse goal keeper, wheelchair track member and for a period of time was on the tennis team. However, her quickness and competitiveness on the basketball court made wheelchair basketball the right choice for college athletics. She attended the University of Illinois, where she worked hard and was ultimately determined to make the U.S. Paralympic team. She was cut from the team five times until just recently being announces as one of 12 members of the Rio 2016 U.S. Paralympic Wheelchair Basketball Team. Even more remarkable was that Gaeng’s teammates voted her as co-captain in her first Games, along with five-time U.S. Paralympian Christina Schwab of Dane, Wisconsin. It just shows how heart and a lot of determination can go along way for someone like Gaeng.

“I could not be more honored to be wearing USA across my chest and going to my first games,” said Gaeng. “I am most excited about the intense competition, being that I am such a competitor and want to test my abilities. I am just very appreciative of this opportunity.”

She is so competitive that she notes family board game night tends to get a little heated and if anyone should argue against her favorite team, the Baltimore Ravens, they may not come out unscathed. Gaeng doesn’t miss a Ravens game and is a self-proclaimed die hard fan, and Ray Lewis is her favorite athlete.

You can find a calmer side of Gaeng out on the green where she loves to golf, because its relaxing and allows for her mind to escape basketball. Golfing is also with no surprise a family affair and it can be a great outing with lots of great bonding for all the members of the Gaeng household.

As you can see, her family is very close and being the baby of the family Gaeng feels that especially more leading into Rio. She plans on seeing a few of her sisters to wish her good luck before heading to the games in September and will also be bringing her best friend and a few family members to Rio with her.

Gaeng has made strides while following closely in her family’s footstep. She has also paved her own way and made her own name for herself. She is well rounded, funny, kind and ultimately achieves anything and everything she puts her mind to. Gaeng’s mind is focused on only one color of medal – gold. 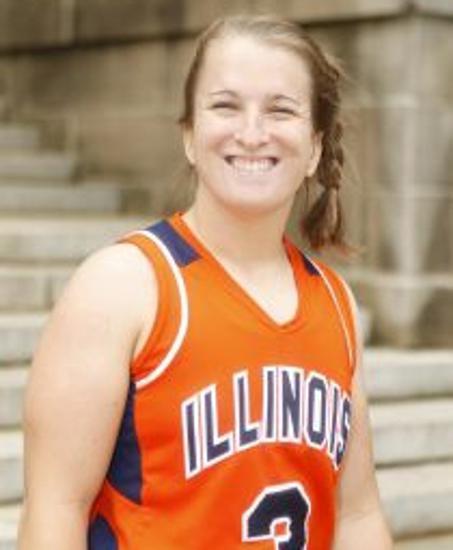 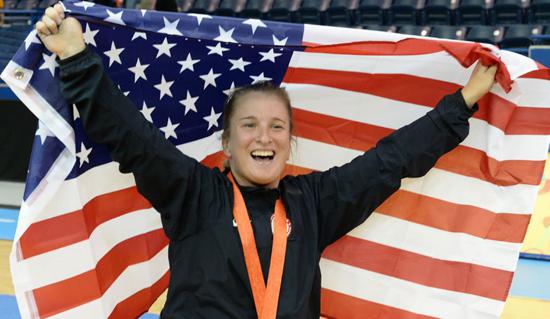