Lake Placid, New York – The United States regrouped overnight to open the morning session of the 2016 U.S. Women’s Wheelchair Basketball International Friendly against 2014 World Champion Canada. Team USA started out quickly by taking a 24-4 first quarter lead, and continued to improve as the game continued for a commanding 86-45 victory.

The second game pitted the United States against Great Britain, where a team effort brought Team USA back from a six-point deficit in the first quarter. The United States was down 12-6, and in the second quarter took the lead and never looked behind slowly building upon its lead on the shoulders of Murray (21 points), Hollermann (13 points) and Miller (12 points). In the closing minutes, Team USA had a 57-38 lead, and finished the evening session with a 57-42 win.

Saturday morning, Team USA will try to avenge its Thursday defeat against Germany at 9 a.m. Eastern, while Great Britain and Canada square off at 11 a.m.

Germany improved to a 4-0 overall record over the course of the last two days of competition with wins over Great Britain, 50-35, and Canada, 52-37. The 2012 Paralympic Games gold medalists spread the ball to its players in its two games as Mareike Miller and Marina Mohen contributed 10 points each in their win over Great Britain. In the game against the 2014 World Champion Canadians, Heike Friedrich scored 12 points, with Barbara Gross putting back 10 points.

In 2014, Canada defeated the United States in the semi-finals of the World Championships and went onto win the gold medal, while the United States finished fourth. Last summer at the 2015 Parapan Am Games in Toronto, Team USA returned to the top of podium by edging Canada for the gold medal and qualifying for the Rio 2016 Paralympic Games.

The U.S. Women’s Head Coach is Stephanie Wheeler of Champaign, Illinois, who won two Paralympic Games in 2004 and 2008, and will be assisted by NWBA Hall of Famer Trooper Johnson of San Lorenzo, California, and Amy Spangler of Madison, Wisconsin, with Kearstin Gehlhausen of Whitewater, Wisconsin, serving as the team leader, and Karla Wessels of Lexington, Kentucky, is the athletic trainer. 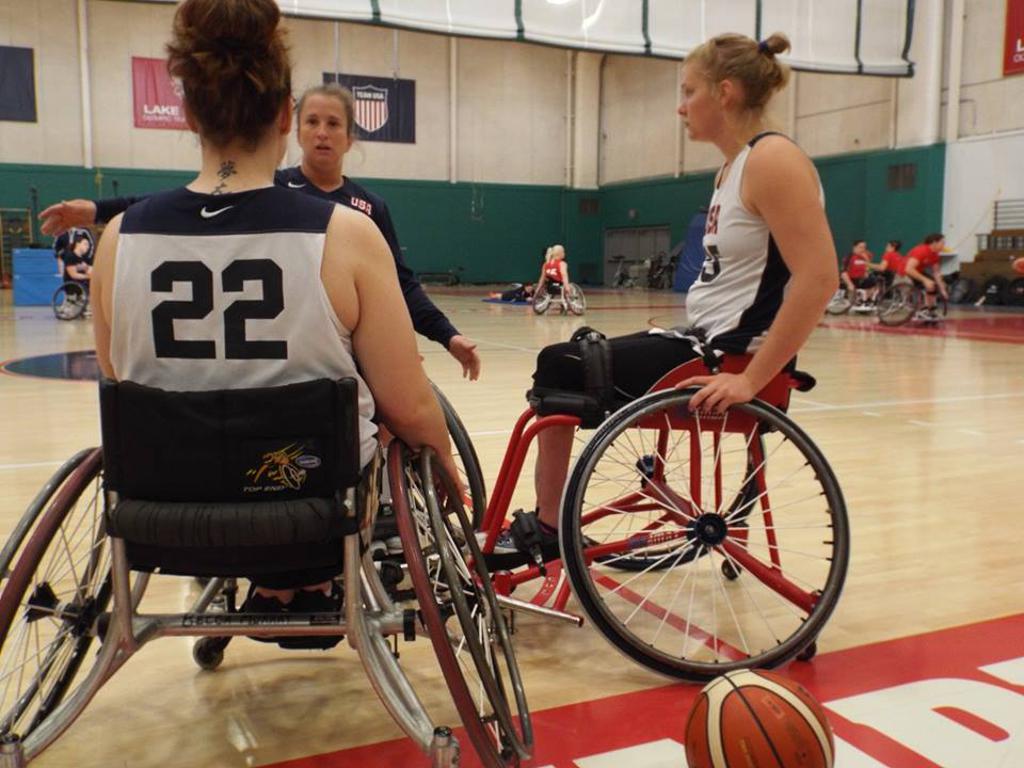