Mike Paye has it all figured out when it comes to life, love, travel and family. Oh not to mention he has it figured out when it comes to being a professional wheelchair basketball player as well. The three-time U.S. Paralympian and top scorer at the 2015 Parapan American Games, has also 10 years of international professional play under his belt. Paye makes the perfect candidate to be a co-captain for the 2016 U.S. Wheelchair Basketball Paralympic Games Team.

As a young kid he loved every sport and every team that would let him play. He was turned down to play on city and school teams because of his chair. However, at the age of 10 things were looking up to then play wheelchair basketball. He then went on to play in college at the University of Texas at Arlington. He claims he was very ready to leave when the time came to go off to college.

“I lived in the exact same house growing up and was the first to leave and go off to college. I had dreams of making a Paralympic team and I was ready to start that dream. I was excited to be with an actual team and in a more structured training environment,” said Paye.

After college he was then embarked on the next big leap to play internationally. He went straight to Germany to play professionally in the summer of 2006. He fell in love with the team, the country and a beautiful girl. Fast forward 10 years and he just finished his 10th season overseas with RSV Lahn Dill, the same club team his counterpart Steve Serio plays for as well.

Paye currently lives in Germany with his wife Lena. They both love to travel, find local coffee shops and spend time with Lena’s family, who also lives in Germany. His favorite family get together is actually Thanksgiving where he can watch some University of Michigan football. He surprisingly said he doesn’t follow professional basketball but does follow professional football and keeps up with a fantasy football team.

Paye and Lena reside in Giessen, Germany but he refuses to call the land of beer home. He says a piece of him is both back home in Michigan, where he is from, and Texas where most of his friends and old teammates are. He gets back to both places as often as he can, as traveling is one of his fondest hobbies and spending time with his family is what he treasures most. He is also a proud godfather to three children in Detroit.

Paye has in fact followed his dreams and will be heading to yet another Paralympic Games. He has also played in Rio de Janeiro three times and adds that the country is so lively and a great place for competition. He has surrounded himself with great people who have helped him get where he is today and as a co-captain there is nothing but a bright future for this star and his team heading into Rio this September. 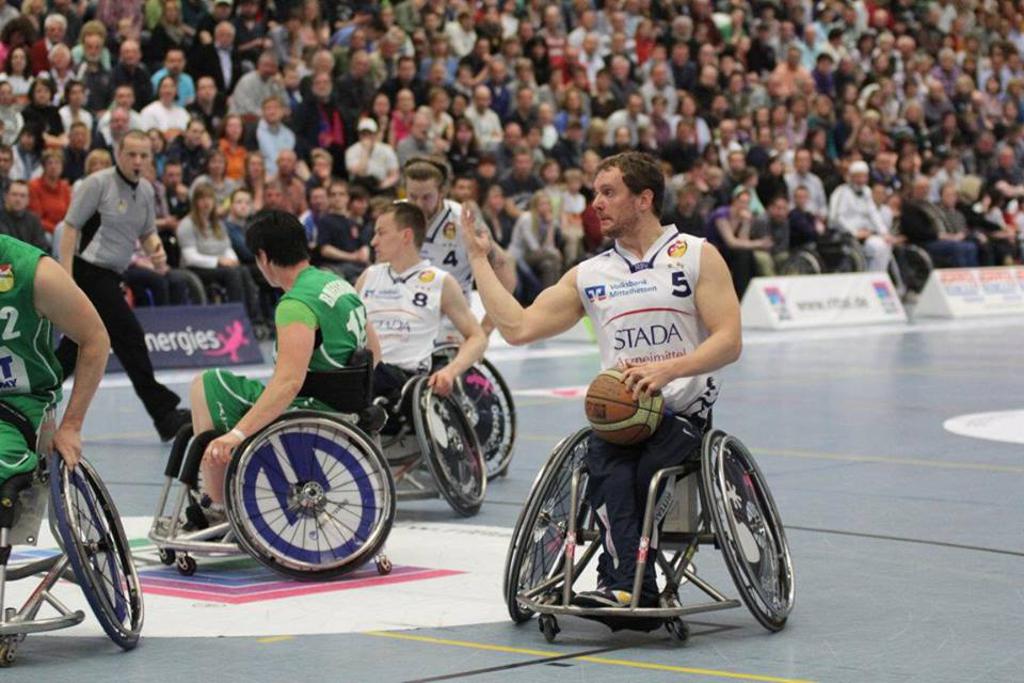