RIO DE JANEIRO, BRAZIL – The NWBA confirmed that NBC will replay the majority of the Rio Paralympic Games Men’s Wheelchair Basketball Game at 5 p.m. Eastern. This feature the U.S. Men’s Team defeating Spain, 68-52, for its first gold medal since 1988. The gold medal game was broadcast overnight on NBCSN.

The U.S. Men’s Team made history on Saturday night at Rio Olympic Arena as it marks:

“I just found out that this was the first time that Team USA swept the men’s and women’s gold for the Olympics and Paralympics. So all four gold medals – that is quite the accomplishment, and I think it speaks to how popular and awesome our sport is in our country. Hopefully this medal for both our men's and women’s Paralympic teams increases the awareness for our sport and we can take the momentum from here and go on to Tokyo,” said co-captain and three-time U.S. Paralympian Steve Serio of Westbury, New York. 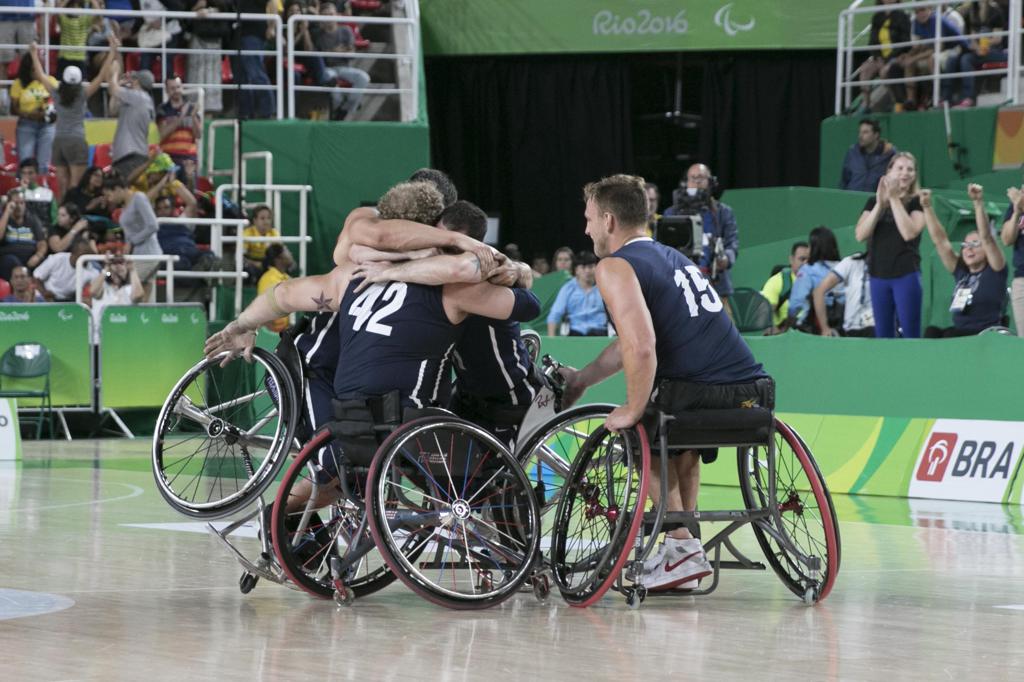