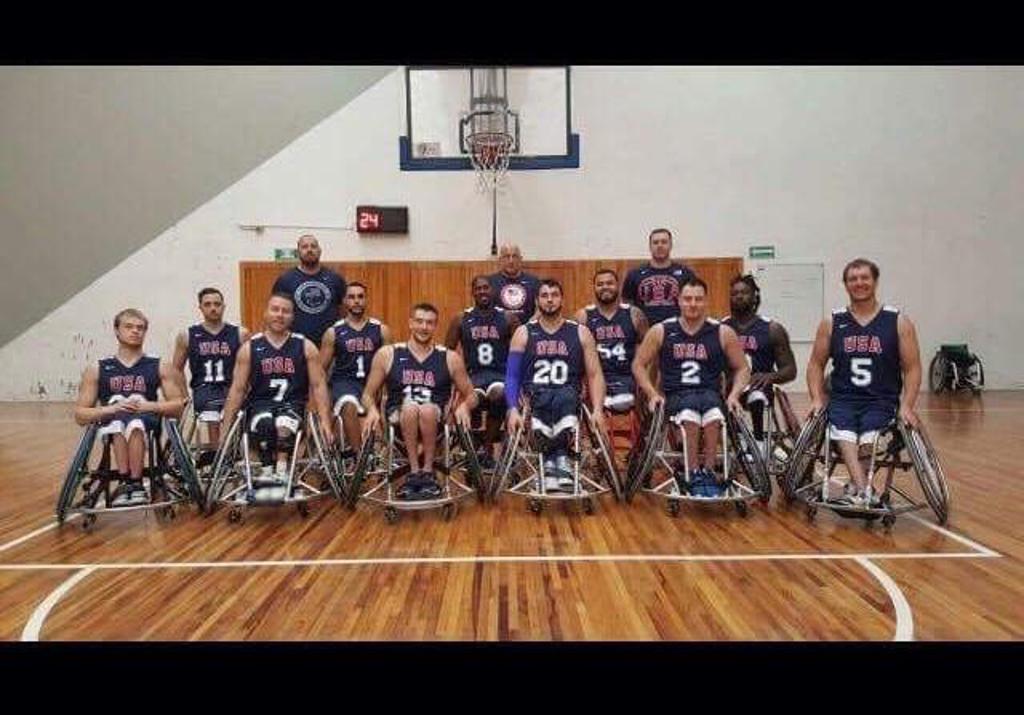 BIRMINGHAM, ALABAMA – The NWBA announced the 2017 U.S. Men’s National Wheelchair Basketball Team, following a three-day selection camp at the Lakeshore Foundation’s Olympic and Paralympic Team Training Site on Friday. The U.S. Men’s team will roll into the 2017 IWBF America’s Zonal Qualifier with eight returning 2016 Paralympic gold medalists, and is scheduled for August 21-31. The final roster of 12 athletes will be announced later this summer.

The road to Tokyo for wheelchair basketball starts in 2017 with the America’s Zonal Qualifying tournament, where Team USA must place in the top four to qualify for the 2018 World Championships in Hamburg, Germany. In 2019, the U.S. Team will compete at the Para Pan Am Games in Lima, Peru. The quadrenium will close out with the 2020 Tokyo Paralympic Games.

Matt Scott of Detroit, Michigan, returns in an attempt to make a fifth consecutive U.S. Paralympic Team. Scott has seen action on the big stage since the Athens Paralympics, and has earned two Paralympic medals in 2012 and 2016. Two-time Paralympic medalist Ian Lynch of Brooklyn Park, Minnesota, returns to the squad. Both are versatile players on defense and offense.

Four members of the 2016 gold-medal team return and are looking towards their second appearance at the 2020 Paralympics, and all earned a silver medal at the 2014 World Championships. Leading the quartet is Brian Bell of Forest Park, Illinois; Jared Arambula of Valparaiso, Indiana; Aaron Gouge of Wake Forest, North Carolina; and Jake Williams of Milwaukee, Wisconsin.

Also joining the Paralympians will be: John Boie of Milton, Wisconsin; Ryan Neiswender of Lebanon, Pennsylvania; Jorge Salazar, of Delano, California; and Jorge Sanchez of Oakland, California. Neiswender and Sanchez were members of the 2013 America’s Qualifier team. This is Salazar’s second National Team selection camp, and is a member of the NWBA’s San Diego Wolfpack that is a perennial contender for a national championship.

In addition, Sean Maloney of Seattle, Washington, and Ryan Wright of Conifer, Colorado, were named to the initial roster. This was Maloney’s first National Team selection camp, and the second camp for Wright.

“The intensity of the athletes was evident and continued to grow during the past several days, which made this a tough decision. I was pleased to see some of our younger athletes participate and become involved with the national team process,” said Lykins. “The Rio gold medalists picked up again for the first time since last September, and started to sync with each other. We are going to continue to evaluate all athletes and select a team this summer that positions us for success.”

Team USA, who last lost at the 2014 World Championships, kept its perfect winning streak alive last summer by winning eight games at the Rio Paralympic Games by outscoring the field, 614-349. The U.S. Men’s Team led eight of 12 stat categories in Rio. The U.S. men finished with a bronze medal at the London 2012 Paralympics, and were seventh in 2004 and fourth in 2008, following bronze-medal performances in 2000 and 1996.

Two-time U.S. Paralympic medalist Steve Serio of Westbury, New York, has been voted in by his peers to represent the National Wheelchair Basketball Association on the USOC Athletes’ Advisory Council. The NWBA conducted its election process following the approval of the new NWBA Bylaws.

The USOC Athletes’ Advisory Council is responsible for broadening communication between the United States Olympic Committee and active athletes, and serves as a source of input and advice to the USOC board of directors. The AAC consists of at least one athlete from each National Governing Body (NGB) which the United States is represented at the Olympic and Pan American Games, eight athletes representing the Paralympic Sport Organizations or NGBs designated to govern a Paralympic sport, and six athletes elected by the AAC to serve at-large, including a chair and two vice chairs.

Ryan Neiswender of Lebanon, Pennsylvania, will serve at the alternate. Neiswender was a member of the 2013 America’s Zonal Qualifier team that won gold. He also was a player on the men’s wheelchair basketball team at the University of Illinois.

The NWBA is accepting applications for the 2017 U.S. Men’s Wheelchair Basketball Team. This team will consist of 12 athletes that will travel to Cali, Colombia, August 21-31, 2017, to participate in the America’s zone qualifier.

All athletes interested in trying out for the U.S. Men’s Wheelchair Basketball National Team must attend team tryouts May 23-27, 2017, at the Lakeshore Foundation in Birmingham, Alabama. Players are responsible for their own transportation to and from (air or driving) to the Lakeshore Foundation.  Housing, meals and ground transportation once in Birmingham will be provided by the NWBA. All athletes must be a U.S. Citizen.

All interested players must fill out the attached application and submit to Brandon McBeain at BrandonMcBeain@nwba.org  by April 28, 2017, for consideration.  Submitting your application does not guarantee that you will receive an invitation to the tryout camp.