She was the overall top scorer (72 points) at the 2015 Parapan American Games in Toronto, playing a pivotal role in the overall success of Team USA and hopes to make the 2016 U.S. Paralympic team and bring home another gold medal.

Personal background: Parents are Richard and Linda Murray. She has a sister, Ricki, and a brother, Robert.

Q&A with Becca:
NWBA: Who is your hero?
Becca: My family.  They have supported me through everything I have been through. I couldn’t imagine doing the things I am doing without their support.

NWBA: Do you play any other sports?  Did you receive any awards from other sports?
Becca: I played street hockey, ice hockey and softball recreationally.  I played tennis in high school for two years.

NWBA: What is your profession?
Becca: I am a clinic assistant with Rogers Memorial Hospital.  I am also training as an in-take specialist.  They have been really accommodating of my wheelchair basketball schedule which is hard to find in a job. I also give speeches to children about overcoming obstacles.  It is an awesome environment.

NWBA: Do you play or have you ever played on an overseas wheelchair basketball team?
Becca: I have not.  I got an offer to play in Italy in my sophomore year in college.  Now that I graduated and found a job, I am not sure going overseas would be for me.  I am a homebody and like to be with family.

NWBA: Do you have any pre-game rituals or superstitions?
Becca: Not really, I try not to get too tense.  I go about my day as normally as I can. I try and play the game as I have played it 100 times before.  I know how special the opportunity is and if I think too much about it I will play frazzled and psych myself out.  If I play like it is just another game, I play calmer.

NWBA: What is your favorite basketball moment?
Becca:  Winning the Paralympics in 2008 was an experience all on its own.  It is the most elite level you can participate.  I was 18 years old and learning from all the older players.

My break out moment was at the World Championships in 2010.  Christina Schwab and I were together on one side on the floor. (The coaches) called it the Wisconsin play since we are both from Wisconsin.  Two opponents ended up double jumping Christina and left me open to roll to the basket for a lay up.  That put us up by two to win the game.  We had 20 seconds left.  We were going back and forth.  It was a key basket to our win and is dear to my heart.

NWBA: Do you follow any sports?  If so, which are your favorite teams?
Becca: The sport I follow most is football.  I am a Green Bay Packers fan.

NWBA: Do you have any pets?
Becca: I have a cat named Jewelz.

NWBA: What are your plans for the holidays?
Becca: I will spend them at home with my family.  They are all within a 15 mile radius so I don’t do much traveling for the holidays.

NWBA: What does it mean to be a Paralympian?:
Becca: It has proven to me that anything is possible if you work hard enough.  Years later it still has its rewards in people looking up to you. When I talk about my experience with children, I see the awe in their faces.  It makes me realize what an impact I can have as a role model on future generations.

NWBA: What are your long term goals?
Becca: Winning a gold medal at the Paralympics.  Career-wise, I would like to develop as an Adaptation Specialist. 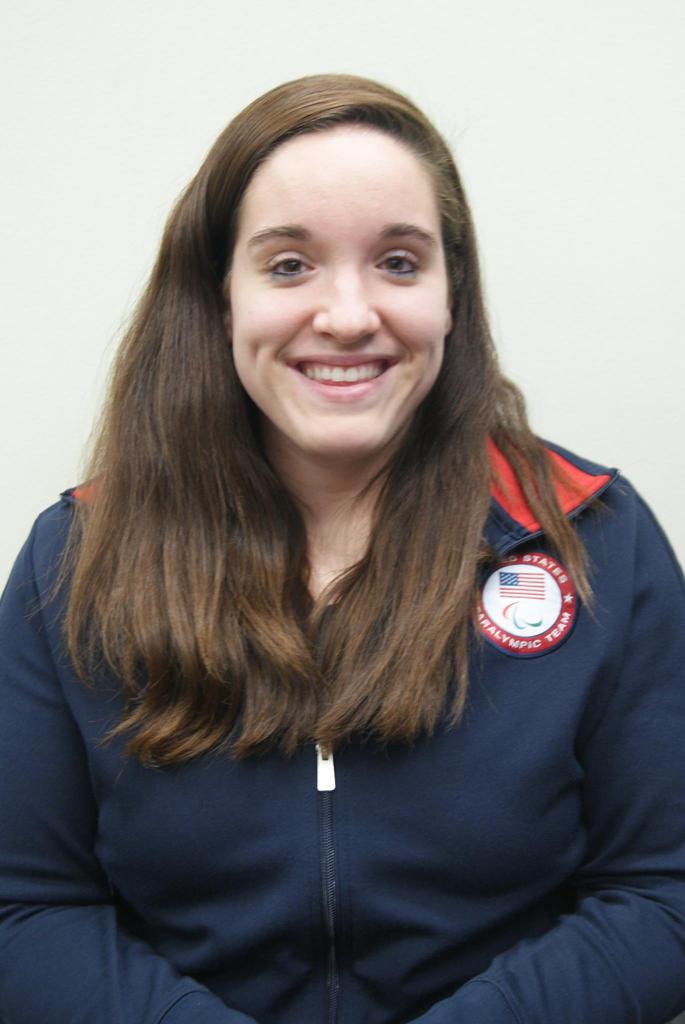