The NWBA Hall of Fame class for 2016 is a group of four amazing people who contributed to the sport of wheelchair basketball throughout their careers. This year’s inductees feature one men’s, one women’s competitor and two non-competitors. Leading the four 2016 Hall of Fame inductees is Trooper Johnson of San Lorenzo, Calif., one of the most productive scorers in the game, and is most recognized as the player in the National Wheelchair Basketball Association’s logo.

Johnson, the only U.S. player to compete on 15 NWBA National Teams, is widely acknowledged as the most prolific three-point shooter. His shooting acumen led Team USA to the top of the medal platform for a total of nine gold medals and one silver. Additionally, he earned two bronze medals at the Paralympic Games (1996 and 2000), and was a member on the 1992 and 2004 U.S. Paralympic teams.

He captained the NWBA’s Golden State Warriors team, where the Warriors have maintained a top 10 ranking for 14 of the 24 years Johnson has been with the team. He holds the record for the most three-point field goals in a game with 10. He holds all Warrior scoring records. He helped guide the Warriors to their first final four in 1997 in Birmingham, Ala. He was also named the MVP of the first wheelchair basketball game during the NBA Jam at the NBA All-Star Game in New York City in 1998. Johnson will serve as the U.S. Women’s Paralympic Games Assistant Coach in Rio de Janeiro, Brazil in September.

Also joining Johnson on April 6 for the Hall of Fame Induction Ceremony will be: non-competitors Barbara Radbel of Munster, Ind.; and Kathy Curtis of El Paso, Texas; and posthumously recognized is women’s standout player Mary Ann O’Neill of Minneapolis, Minn.

Barbara Radbel, Munster, Ind., NWBA Junior Division
Barbara Radbel is best credited with the vision and leadership in developing the overall growth of the NWBA Junior Division. She was the president of the Junior Division for the first decade in the 1990s, where she was instrumental for the development of new teams and the overall development of the Prep and Varsity Divisions that allowed junior wheelchair basketball players a functional, competitive and fundamental basketball experience. She became involved with the sport as a volunteer basketball mom and provide opportunities for her son David. In 1993, there were only 13 junior teams competing for a National title, and now the Junior Division has over 80 teams. Radbel’s motivation, passion and work ethic was both contagious and exemplary.

Kathy Curtis, El Paso, Texas, Athletic Trainer and Classifier
The next inductee carved a path of unwavering commitment that includes coaching, classifying and qualifying players, and developing classification clinics. Kathy Curtis started her wheelchair basketball career in 1973 with an introduction by Hall of Famer Tip Tiboutot when she was a physical therapist at Tufts New England Medical Center and Rehabilitation Institute. In the 1980s and 1990s, Curtis conducted many classification workshops across the country and defined the participant criteria. She worked with the IWBF to help develop and implement the present day functional classification system. She was the first IWBF Classification official for the United States. Today, Curtis is the Dean of the College of Health Science at the University of Texas at El Paso.

Mary Ann O’Neill, Minneapolis, Minn., Women’s Athlete
Mary Ann O’Neill, who is a first-year nominee for the 2016 Hall of Fame, started the game for the Courage Rolling Gophers in Minnesota, under the tutelage of Hall of Fame Coaches Bob Szyman and Terry Hanson. Both coaches concur that O’Neill defined competitiveness for the women’s game. She was a tenacious defender who perfected the art of the back picking the opponent’s bigger and taller players, ultimately preventing them from gaining position under the basket. From 1987-89, she help lead the Rolling Gophers to three national championships. Her skill excelled to the international scene where she was a member of the U.S. teams from 1982-1992. Mary Ann was the starting guard for three gold-medal teams at the 1982 Parapan Am Games, 1988 Seoul Paralympic Games and the 1990 World Championships. O’Neill died in December of 2008. 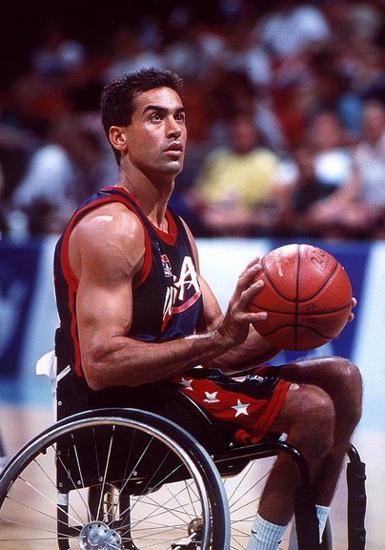 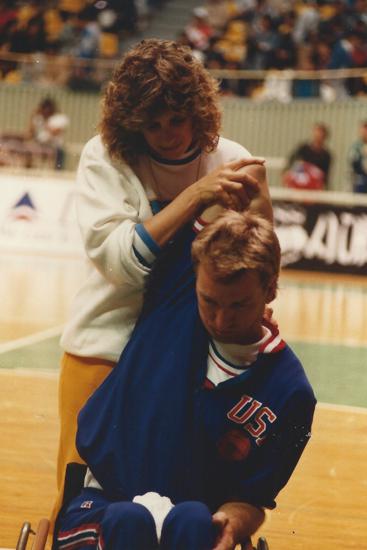 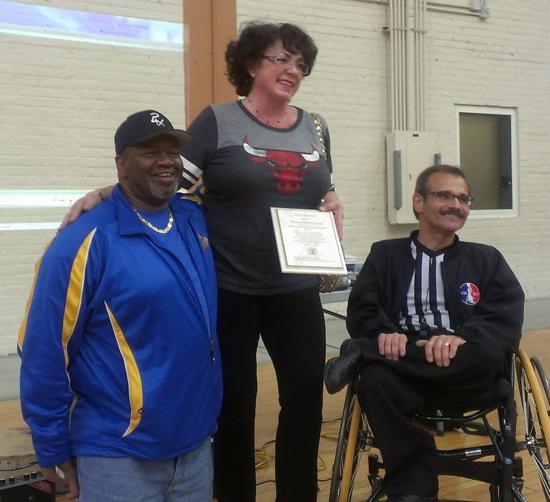 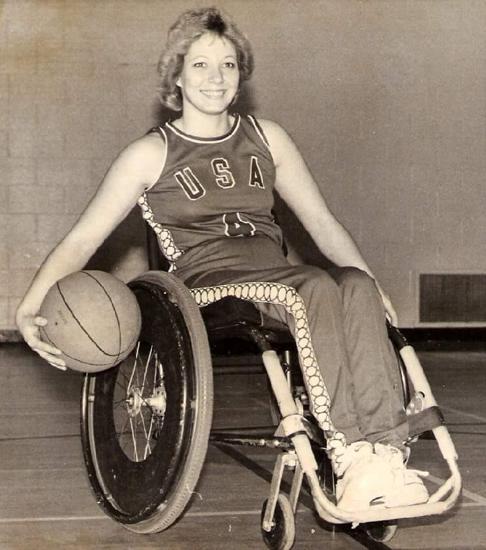