The University of Wisconsin at Whitewater secured the No. 1 men’s seed for the 2016 NWBA National Intercollegiate Wheelchair Basketball Tournament with an immaculate 22-0 college record in the season. On the women’s side, the University of Illinois preserved its No. 1 seed with an impressive 14-3 mark. The 39th NIWBT is scheduled for McComb Fieldhouse on the campus of Edinboro University of Pennsylvania, March 10-12.

The University Wisconsin-Whitewater Warhawks are positioned to capture its 10th National title since 1999, and will be led its top point scorer Derrick Bisnett, of Bismark, N.D. For the season, the Warhawks are 24-0 overall. UW-Whitewater will first play on Thursday, March 10 at 8 p.m., receiving the winner of the play-in game between No. 8 seed Arizona State University and Auburn University, seeded No. 9.

The University of Illinois women’s team, led by 2016 U.S. Women’s Paralympic Games Head Coach Stephanie Wheeler, will tip-off in semi-final competition against No. 4 seed University of Wisconsin-Whitewater at 4 p.m., on March 10. Leading the charge for the Fighting Illini are 2016 U.S. Women’s Paralympic Games team hopeful Gail Gaeng of Frederick, Md., and Kendra Zeman, of Ramsey, Minn., the top two point scorers. Illinois is seeking its first National Championship in the women’s intercollegiate division.

The Lady Warhawks, who won the 2013 and 2014 National Championship, are led by a pair of freshmen Marissa Bartels of Delano, Minn., and Laura Vacek, of Waterford, Wis.

In the second women’s semi-final game, the No. 2 seed University of Texas at Arlington Movin Mavs will face No. 3 seed and defending National Champion University of Alabama Crimson Tide at 6 p.m. The Movin’ Mavs bring an overall 16-6 mark into the tournament with top point shooters Rose Hollermann, of Elysian, Minn., and Abby Dunkin, of New Braunfels, Texas. Hollermann, a member of the 2012 U.S. Women’s Paralympic Team, and Dunkin are both hopefuls to make the 2016 U.S. Women’s Paralympic team.

Leading the charge for the Alabama women are Arinn Young of Alberta, Canada, and Maude Jacques of Lac-Beauport, Canada.

The University of Texas at Arlington men’s team secured the No. 2 seed with their 12-2 college record and an overall 17-4 record, and is seeking its first National title since 2006. They will be led onto the court by top point scorers Andreas Kraft of Vienna, Austria, and Jan Gans of Oppenrod, Germany, who will take on host and No. 7 seed Edinboro University. This game will start at 10 a.m. on Thursday. Edinboro’s Mike Adams of Johnstown, Pa., and Blake Rush of Mechanicsville, Va., are the Fighting Scots top scorers.

The University of Alabama men’s team secured the No. 3 seed with a 15-7 campaign and will hit the hardwoods at 12 p.m. on Thursday, March 10, against Southwest Minnesota State University, the No. 6 seed with a 5-14 mark. The Crimson tide are led by Michael Auprince of Sydney, Australia, and Dequel Robinson of Mobile, Ala., and the top scorers for the Mustangs are David Evjen of Madelia, Minn., and Raymone Brown of Detroit, Mich.

The No. 4 and 5 seeds will square off in the first round at 2 p.m. on Thursday that will feature the University of Missouri and University of Illinois, respectively. The Tigers come into the tournament with a 12-11 mark on the college season, being led by Marshall Lindsay of San Jose, Calif., and James Bohnett of Stansbury Park, Utah, and the Fighting Illini will feature their top scorers Ryan Neiswender of Lebanon, Pa., and Spencer Heslop of Clearfield, Utah.

Championship Saturday will feature the placement games on the men’s side starting at 8 a.m. with the fifth-place game, followed by the women’s third-place game at 10 a.m. The men’s bronze-medal game tips at noon.

This marks the 39th edition of the NWBA National Intercollegiate Wheelchair Basketball Tournament, and marks the third time that Edinboro University has hosted. The Fighting Scots were NIWBT runner-ups in 2007. The NWBA Intercollegiate Division is comprised of nine men’s and five women’s universities.

The entire 2016 NWBA National Intercollegiate Wheelchair Basketball Tournament will be webstreamed live and produced by Edinboro University on the NWBA website at www.nwba.org. 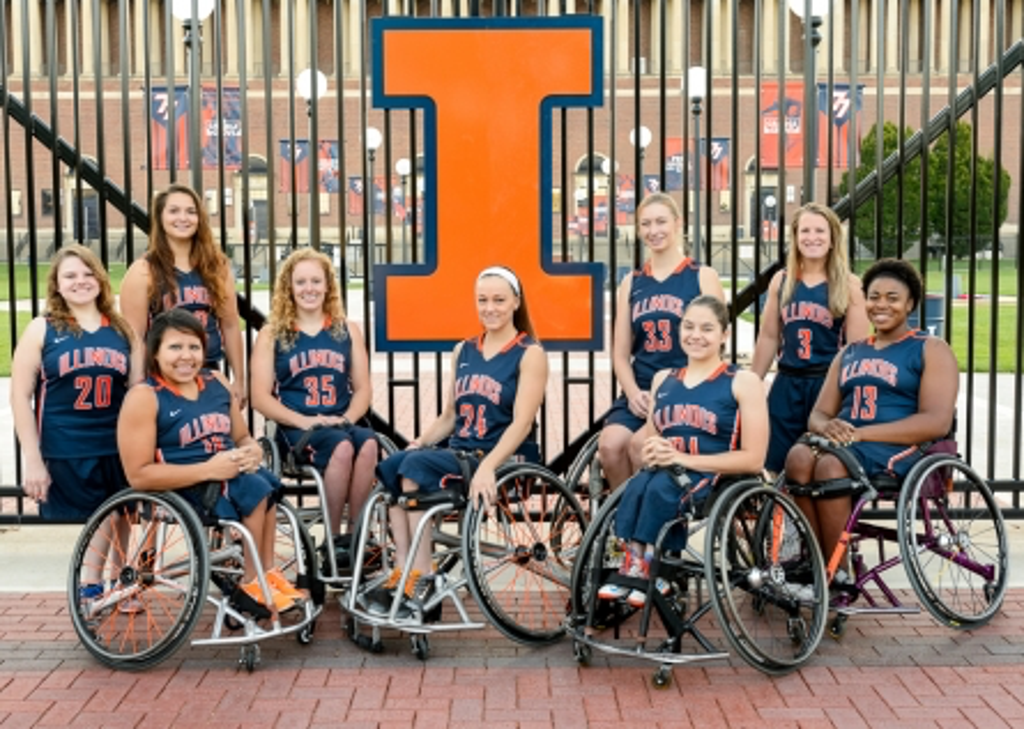