The 2016 leap year weekend, Feb. 27-28, featured two Junior Regional Tournaments, and it is only fitting to share the distinction of NWBA Standout Teams and Players of the Week with the winners from both important tournaments. These Regional Champions punched their tickets to the 2016 NWBA National Wheelchair Basketball Tournament presented by ABC Medical.

The defending National and Southwest Conference Champs Houston TIRR Hotwheels are this week’s NWBA Team of the Week.  They came into the tournament as the No. 2 seed and nationally fifth-ranked Varsity team.  Earlier in the 2015-16 season, Houston finished second to Dallas Junior Mavs at the Regional tournament in Arlington, Texas. At the 2016 Southwest Conference Houston came out on top, shooting well from the floor to put Dallas away in the first half of the championship game 44-4.

In the second half, Dallas closed the gap, but Houston remained cool maintain a 60-46 victory and retain its conference championship. The Houston TIRR secured an automatic berth into the National Wheelchair Basketball Tournament presented by ABC Medical in Louisville, Ky., April 7-10.

The Standout player is Abraham Hausman-Weiss. He scored a phenomenal 31 points in the Championship game, and earned MVP honors. In addition to those accolades he also received the Commissioner Award for outstanding academic achievement and one of the Conference Academic scholarships.

The Junior Varsity and Prep Milwaukee Bucks are also recognized NWBA Teams of the Week. Both teams won the its respective Junior Division Midwest Conference Championship and secured an automatic qualification to the National Wheelchair Basketball Tournament presented by ABC Medical in Louisville, Ky., April 7-10.

The highlight of this team's performance was the incredible team effort and attitude. Throughout every game, almost all team members scored and had a large part in the overall success. All eight players were engaged and motivated displaying great teamwork to everyone watching their games. The excitement, fun and desire to compete. The determined and sportsmanlike focused team was led by senior Emily Oberst with very consistent outside shooting, senior Drew Selz using his height to add to the offensive force, and junior Joe Schubert who lead his team with very good defense.

Turning to the Prep division, the Milwaukee Bucks Prep team entered the tournament ranked second in the country. During the tournament, they showed some great team efforts and hard work. However, especially their upset of the Chicago Skyhawks, a team they hadn't beat in at least three years showed how they really improved. Travis Beckler lead his team in scoring and assists, creating many good opportunities for his teammates and knocking down some crucial free throws to extend his team's lead to five points in the final stanza. 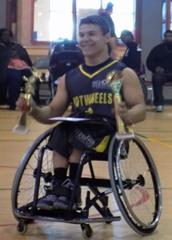 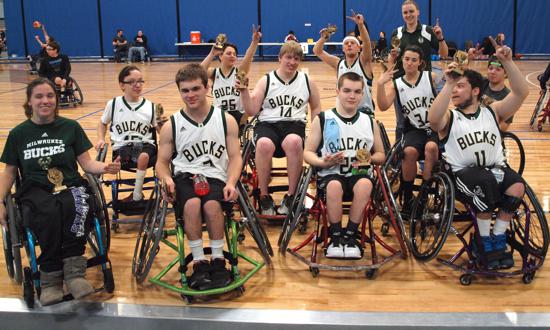