Coach Stephanie Wheeler or "Steph" as known to the U.S. women's wheelchair basketball team has transition significantly since winning her last Paralympic gold medal in 2008 in Beijing.  A University of Illinois graduate, where she won three national wheelchair basketball championships, Coach Wheeler isn't much for winning any other color besides gold.  She made her transition from player to coach in 2009 when she became the head coach of her alma mater trading in her jersey for a whistle to take the hot seat with a group of young athletes.  Her international career is highlighted by two Paralympic gold medals, on Parapan American Games gold medal, and multiple MVP awards.

Fast forward roughly six years and Coach Wheeler and her team of 12 unbelievably talented women have their sights set on gold once again, the time at the 2016 Rio de Janerio Paralympics.  The team has been preparing since 20113 and is now winding down with just about 100 days until they take the court against the top countries in the world.

When I sat down with Wheeler at the start of the team's first training camp for the summer, she had nothing inspiring things to say about the team's preparation, experience and success.  Since the team's selection camp, when they solidified the 11 player roster in January with one more to add, they have been training together about once a month.

"We have a pretty mature group, and over the course of the past three years they have really begun to understand what it takes on an individual level to make it on the national team, and we have come a long way in that area," said Wheeler.

She along with the rest of the coaching staff have high expectations for the ladies when it comes to getting in their own workouts and showing up to training camps prepared, having put in all the necessary work, much like she did as an athlete.

The first few days of training camp at the United States Olympic Training Center in Colorado Springs, Colo., brought lots of mixed emotions.  Wheeler said the team's overall efforts was phenomenal sharing that their last practice session was "one of the best I'd ever seen," but with the girls anxious to play actual teams it also brought frustration having to continue to play against our own teammates for two whole days at the end of May.

The specific teams the ladies are anxious to play included Canada, Brazil and China as well as Germany and the Netherlands, who they will most likely get to face both this summer at friendly matches and at the Paralympic Games in September.  Inching closer and closer to the Paralympics, Wheeler could not be more excited for the team and the gold they once again hope to bring home.  Wheeler feels confident going into the September stretch, knowing she has a "cool mix" of players young and old in terms of experience.  Christina Schwab will be a key player, going into her fifth Paralympic games.  She brings "confidence and leadership" with over 16 years of experience that will truly "bring the team together," according to Wheeler.

Bringing the team together will involve cleaning up specific defensive details, becoming more efficient and allowing the ladies to be flexible and adaptive going into chaotic and possibly uncertain games as Wheeler expressed.  Since 2013, this group of athletes transitioned through the quadrennium learning how to play as a team.

"In 2013, we had this awesome core group of girls who were young but didn't really know what they had gotten themselves into, and new they have matured into great athletes who are ready and looking forward with all this potential in front of them," said Wheeler.

As for Wheeler, her transition from player to coach comes with some emotion as well.  She said she missed being a "teammate" along with the experience and camaraderie more than anything.  She takes her two Paralympic gold medals with a grain of salt saying, "Yes, we won two gold medals but it is specific moments in practices, along with games when things came together, team bonding activities and training camps that I remember and miss the most."

She jokes however that, "Now I don't want to do the training and I am more than happy to sit on the sidelines in Rio and watch the ladies go on this journey."  So that she will do, as head coach at her first Paralympic Games, hopeful for her talented team to reach the top of the medal platform as she so did and that they have been dreaming of since 2013. 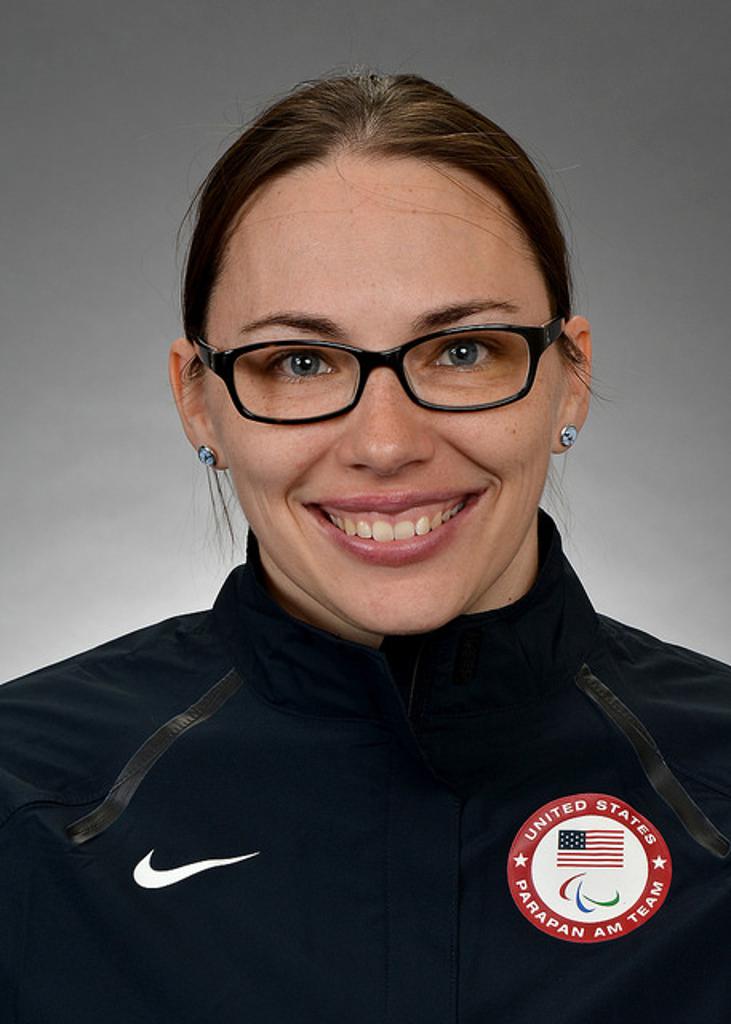