RIO DE JANEIRO, BRAZIL – The U.S. Women’s Wheelchair Basketball Team started the Rio 2016 Paralympic Games in record-setting style with a 93-37 defeat of France in the opening round of pool play. The U.S. Women set two new U.S. records for most points scored in a game (93 point) and largest margin of victory (56 points) at the Paralympic Games.

Leading the way for the U.S. squad was the tandem of three-time U.S. Paralympian Becca Murray of Germantown, Wisconsin, and two-time U.S. Paralympian Rose Hollermann of Elysian, Minnesota, who combined for 65 points. Hollermann, who scored the first U.S. points of the women’s tournament, rolled quickly scoring seven her 29 in the first quarter, and Murray picking up 13 of her 36 in the first. At the half, The United States led 43-21.

“Being on a big stage like this, we got our nerves out in the first half, and got going in the second half like we are use to,” said U.S. Women’s Head Coach Stephanie Wheeler of Charlotte, North Carolina. “We were able to show our efficiency on offense today. The was able to show what kind of great offense we are capable of, and we were able to hold France to the shooting positions we wanted on defense.”

Murray continued to propel the U.S. throughout the game and closed the third quarter with a 3-point buzzer beater, giving Team USA a 72-31 advantage. In the fourth, the U.S. team defense showed up forcing a variety of turnovers, steals, and shot-clock violations. Hollerman drove to the basket with 8:17 left in the game to break the U.S. record of most points scored in a game, 76-33.

“We were basically passing to open players or who was hot. Our team is selfless and we just care about getting the ‘W’ at the end of the game,” said Murray. “It is always great to come together and play as a team against someone else, instead of just ourselves.”

The team closed out the game, only allowing France to score six points in the closing quarter. The United States was an impressive 64 percent from the floor, making 41 of 64 attempts. The U.S. controlled the boards with a rebound advantage over France, 45-28.

For France, Emilie Menard led the scoring with 9 points, and Marianne Buso with 8 points.

The United States has faced France a total of three times in Paralympic Games competition, and remains a perfect 3-0 with Thursday’s victory. The other two games were in 1992 and 2012.

Up next for the U.S. Women’s Team is Algeria on Saturday, September 10 at 5 p.m. Eastern.

The U.S. women’s team qualified for the Rio 2016 Paralympic Games by winning the 2015 Parapan American Games. The U.S. women dominated the Parapan Am competition by outscoring their opponents by 55 points per game and avenged their 2014 World Championships fourth-place finish by defeating Canada for the gold medal in Toronto, Canada.

The U.S. Women’s Head Coach is Stephanie Wheeler of Champaign, Illinois, who won two Paralympic gold medals at the 2004 and 2008 Games, and will be assisted by NWBA Hall of Famer Trooper Johnson of San Lorenzo, California, and Amy Spangler of Madison, Wisconsin, with Kearstin Gehlhausen of Whitewater, Wisconsin, serving as the team leader, and Karla Wessels of Lexington, Kentucky, is the athletic trainer. Dr. Roberta Kraus of Colorado Springs, Colorado, serves as both the men’s and women’s Team Psychologist.

The U.S. Women’s team finished fourth at the London 2012 Paralympics, after claiming the gold medal at the Beijing 2008 and Athens 2004 Paralympic Games. 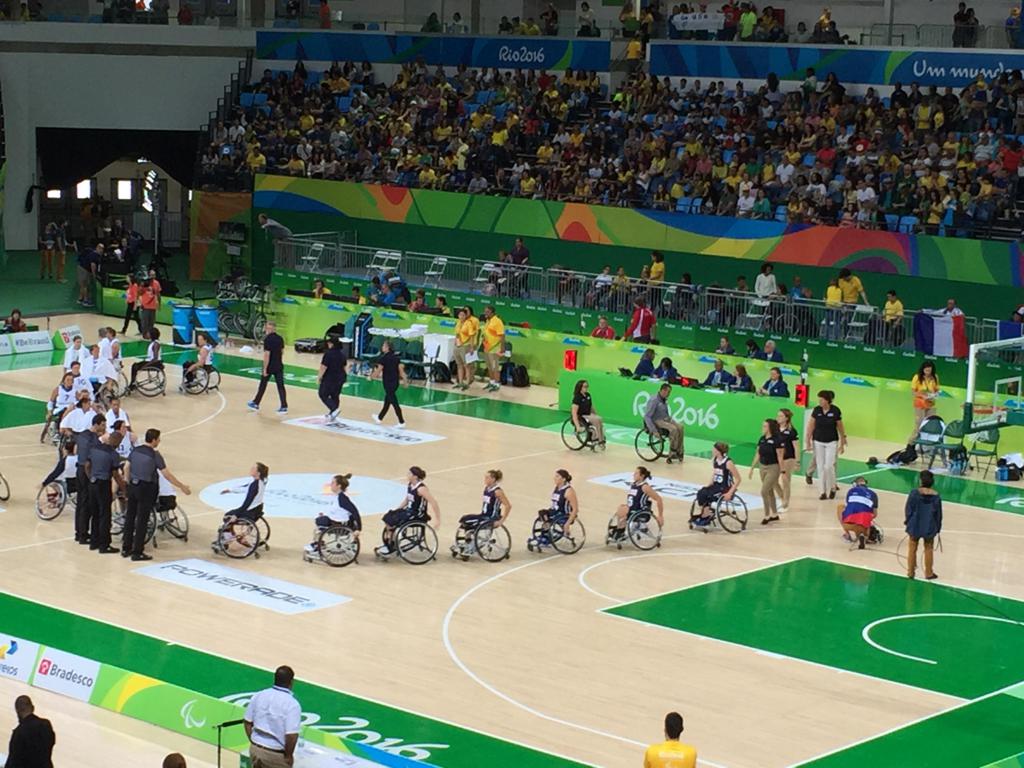